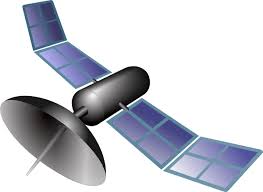 This came after Pōhiva repeatedly said he had Cabinet’s Decision of 23 May 2014 with reference to the outright sale of the orbital slots in May this year.

He said the two orbital slots were leased to the APT Telecommunication Company Ltd of Hongkong and Singapore.

Mr. Edwards further maintained that Government could not sell these slots.

“Tonga is not the only country that has the rights to these orbital slots that they lease out. China, Britain and the United States are among eight countries that also hold rights to these slots,” explained Hon Edwards.

He said on 30 May 2014, Government changed the agreement, removing TONGASAT exclusive rights’ over the orbital slots to the APT and the rest of its interests in the slots to the Government.

“Starting this year Government will receive $US450,000 annually and if marketing of Tonga’s two orbital slots is successful, it could further generate revenue of TOP$1.2 million a year for the next 25 years,” according to the Hon. Edwards.

Parliament was also told that Cabinet is concerned about Mr. Pohiva’s letter to the Chinese Ambassador in Nuku’alofa seeking Beijing’s help to prevent the sales of orbital slots. That allegation provoked a heated discussion between Mr. Pohiva and Mr. Edwards.

Edwards claimed that Pohiva had no rights to write to the Chinese Ambassador with false information claiming Government is selling Tonga’s national asset which is a lie.

In a letter sent to the Chinese Ambassador, Pohiva raised a grave concern over the Cabinet Decision of May 23 May 2014.

“As a representative of the people in Parliament I firmly believe that the national assets belong to the people of Tonga. This Cabinet decision is deemed unjust in the sense that it has out rightly and deliberately omitted the input of the people.

By excluding Parliament, we, parliamentarians can voice the views of the people. The complete absence of the people’s voices in this matter is undemocratic and highly intolerable,” according to Pohiva’s letter to the Chinese Ambassador.

Pohiva said Government is trying to hide something while Edwards asserted that the Orbital Satellite Negotiation Committee includes himself, the Finance Minister, Secretary of Justice and the Secretary of the Prime Minister and there is nothing to hide.

“No sale of the orbital slots have been made, such allegation and claims are wrong information,” maintained the Hon. Justice Minister.

According to May 23rd 2014, Cabinet Decision, Cabinet approved that the agreement for the outright sale of the two orbital slots was approved in principle, subject to the confirmation and final legal advice from the Attorney General’s Office.

Hon. Edwards made reference to June 13 Cabinet Decision that granted final approval and endorsement for the agreements signed on May 31, 2014 for Tonga’s rights to the frequency filings of the two slots.

The Hon.Justice Minister and the Hon. Finance and National Planning Minister, Dr. ‘Aisake Eke signed the new agreement on behalf of Government.