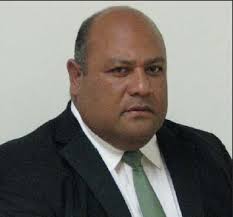 THE Legislative Assembly of Tonga today elected Tongatapu 2 constituency MP, Semisi Sika as the new Chairperson of the Whole House Committee for the 2015-2018 parliamentary term.

No other nomination was put forward.

Mr. Sika replaces former 'Eua People's Representative and Chairperson of the Whole House Committee, Sunia Fili who did not make it to Parliament in the last November general election.

Semisi Sika was first elected into Parliament in the 2010 election.