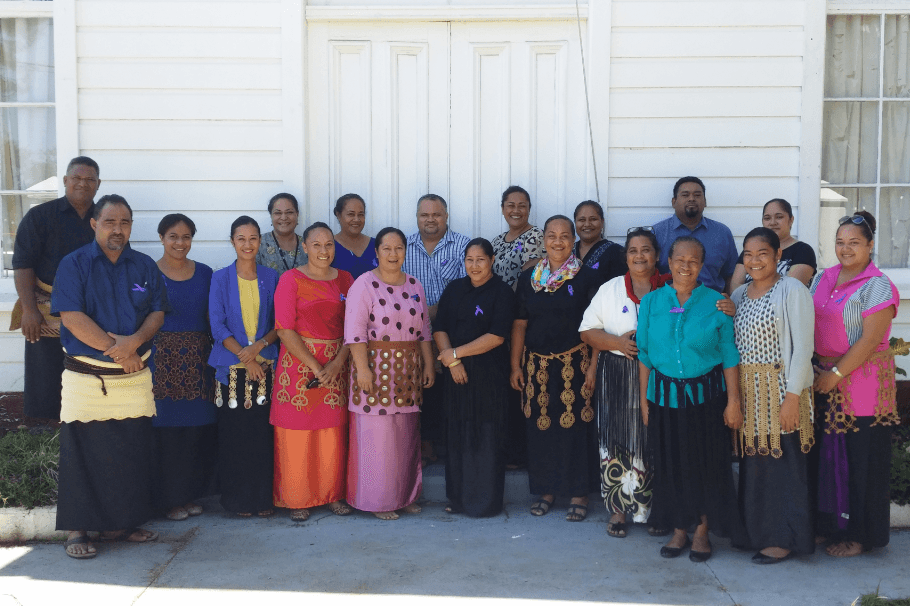 "The Legislative Assembly of Tonga joins in celebrating International Women's Day in the fervent hope that women will play an increasing role in the national legislature."

TONGA's Legislative Assembly today joins the rest of the government ministries in pre-celebrating and showing support for the International Women’s Day (IWD).

The Clerk and Staff of the Legislative Assembly Office wore purple ribbons, a colour that signifies justice and dignity.

The theme for 2015 is “Make it Happen” and the IWDNPC has incorporated into Tonga’s theme: Make it Happen, Women in Parliament.

It focuses on the need to increase women’s leadership and equitable political representation, an issue that is recognized worldwide in the Millennium Development Goals 2000-2015 and also Tonga’s Revised National Policy on Gender and Development (RNPGAD) strategic plan of action.

The policy recognizes the need for more women in decision making positions and aims to increase capacity and mechanisms to allow their participation in parliament and in governing bodies.

The theme is also to encourage successful women representatives in Parliament in 2018.

The Division for Women’s Affairs under the Ministry of Internal Affairs (MIA) takes the lead in organizing different programs to mark the upcoming event.

Featured activities include a television panel discussion programme on topic: “Why weren’t women candidates successful in the 2014 elections?” that will be televised later today.

There will also be a Sunday service mass to be conducted by the newly appointed Cardinal of the Roman Catholic Church, Soane Paini Patita Mafi at the Basilica Cathedral at 10:00am and post-secondary schools cheer competition to be held during day one of the Inter Collegiate Sports next month.

The competition is intended to raise awareness amongst both secondary school students and the general public of the IWD activity.

This year’s IWD events and activities are made possible with the kind sponsorship of the Ministry of Internal Affairs and the Australian Government.