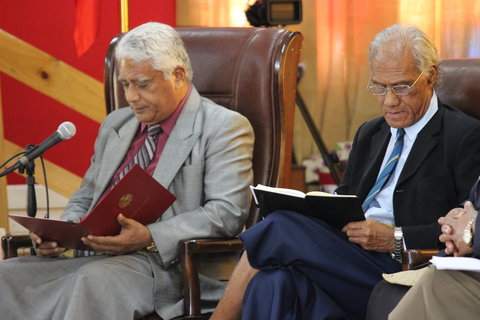 Speaker Lord Tu'ivakano welcoming the visiting MP and China delegation to the Legislative Assembly of Tonga.

THE Speaker of the Legislative Assembly today warmly welcomed China’s delegation to Tonga from the International Department of the Communist Party of China (CPC) Central Committee (IDCPC).

The Head of delegation is Mr. An Yuejin who is also the Deputy Director General of IDCPC.

In welcoming the visiting MP and delegation Lord Tu’ivakano says Tonga established its friendly relations with China since 1998 and it has progressed steadfastly with their common interest continues to expand.

He adds Tonga has so far witnessed the unwavering support from the People’s Republic of China and its Government.

The Speaker says their presence in Parliament signifies the continued close friendship ties between China and Tonga that will eventually help build resilience against the ever changing global, economic, social and political structure of their societies.

He also acknowledges China’s Belt and Road Initiative that was launched by President Xi Jinping in March this year. China has offered a vision and initiative that is open to all and countries that are interested to participate.

“China bids to enhance regional connectivity and embrace a brighter future together by promoting free flow of economic factors, allocation of resources and deep integration of markets. 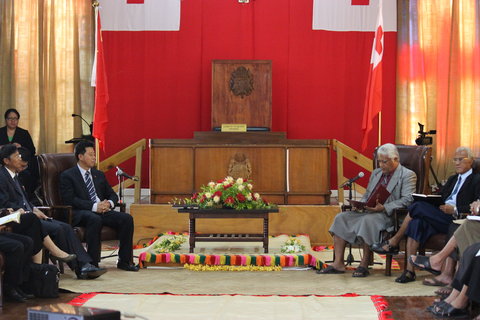 Speaker Lord Tu'ivakano welcoming the visiting MP and China delegation to the Legislative Assembly of Tonga.

I understand this plan calls for policy coordination, facilities, connectivity, unimpeded trade, financial integration and people-to-people bonds to make use of their resource which are advantages through multi-lateral mechanisms and multi-level platform engagement,” said Lord Speaker.

Lord Tu’ivakano also noted that the initiative is also introducing the idea of internationalizing RMB to alleviate barriers of currency exchange. He welcomed the initiative and envisaged its economic benefits to Asia and the Pacific regions Tonga included.

In conducting the Belt and Road Initiative seminar, the Head of the Chinese delegation said Tonga is a good friend of China in the Pacific. Mr An said China’s initiative is to promote and strengthen regional cooperation with the Asian counties and the South Pacific including Tonga.

According to Mr. An China looks forward to boost people to people bonding between our two countries. China also hopes to boost mutual learning and political cooperation between Tonga and Beijing as well as promoting youth and volunteer exchange.

“China hopes to increase the friendship level between our people,” said Mr. An.
He also announces that China also seeks more exchanges in the education sector and the media. Beijing has also considered increasing scholarships for Tongans to study in China. 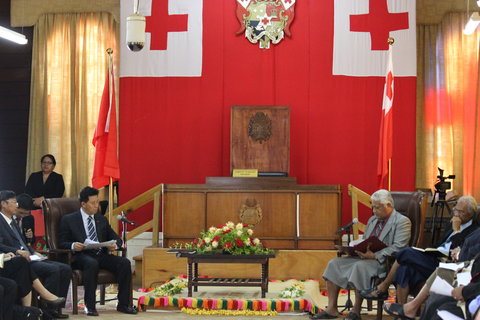 During the Belt and Road Initiative with Mr. An Yuenjin

The Speaker of Parliament also reaffirmed the Tongan Parliament’s commitment to strengthening our working relationship with IDCPC to improve and support our role as lawmakers and to establish our support and participation in the “Belt and Road Initiative”.

Lord Tu’ivakano also affirms Tonga’s commitment to learn from China’s unique political structure and stability, which are key factors to its economic success.

“I believed with our continued working relationship, both our Parliaments can uplift and strengthen the capacity of law making to hold our Governments accountable, transparent and also maintain our standard and respect as sovereign and independent countries,” explained Lord Tu’ivakano.

The Speaker also acknowledges the generous contribution of IDCPC towards the Tongan Parliament, including previous donations of office equipment and furnitures worth $82,000 US dollars. 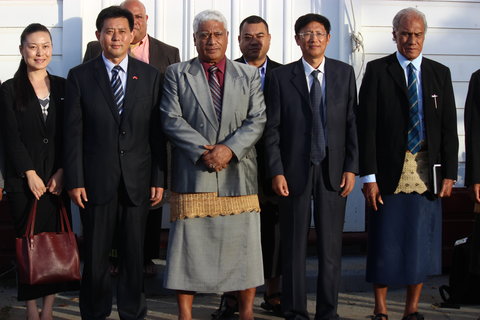