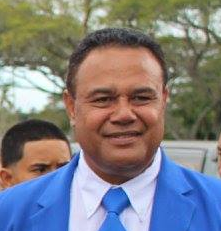 THE Legislative Assembly has elected Ha’apai 13 constituency people’s representatives, Veivosa Taka as the new Chairperson of the Whole House Committee.

Cabinet Members first nominated Ha’apai number one Noble Representative to Parliament, Lord Tu’iha’angana as their nomination but he rejected the offer.

Fe’ao Vakata who is the Niuas People’s Representatives was then nominated by the Noble’s Table. He rejected his nomination saying he rather be an independent Member of the People Representatives.

10 MPs voted in favour of Hon. Taka and seven for Hingano.