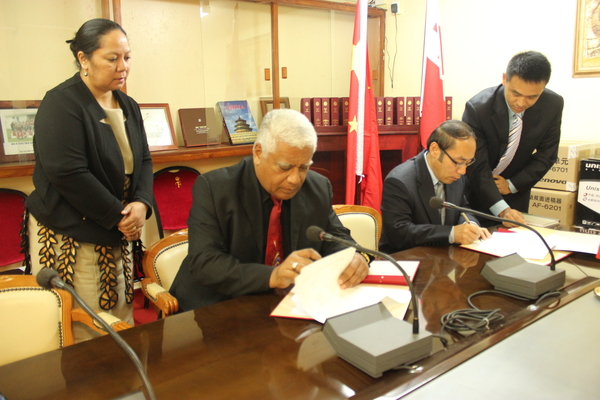 It is to further enhance the relationship and bilateral cooperation between the two countries.

His Excellency Wang Baodong made the remarks when he signed an agreement with Lord Speaker Lord Tu’ivakano formalizing the handing over of office equipment worth over TOP$160,000.00 from China to the Legislative Assembly of Tonga.

Office equipment includes desktop computer, laser printers, scanners and photocopier machines and all in one computers. 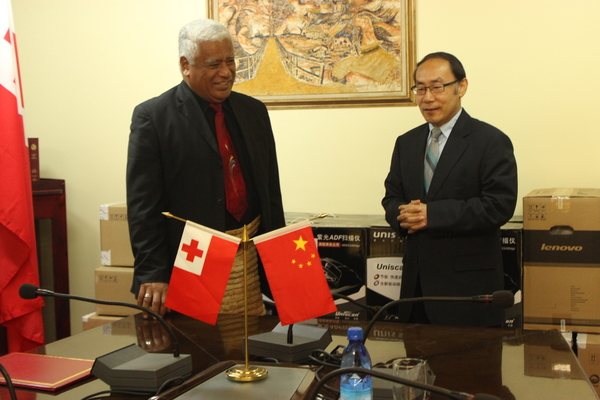 China’s contribution to the Legislative Assembly is to show the goodwill and friendship between the two countries.

His Excellency also pledges to continue his predecessor’s support for more interaction between the Tongan Parliament and the People’s Republic of China’s Congress.

Mr. Baodong who presented his credentials to the King on Monday was also appreciative of the fact most Tongan legislators have visited China on numerous occasions therefore enhances the mutual understanding of the two parliaments. 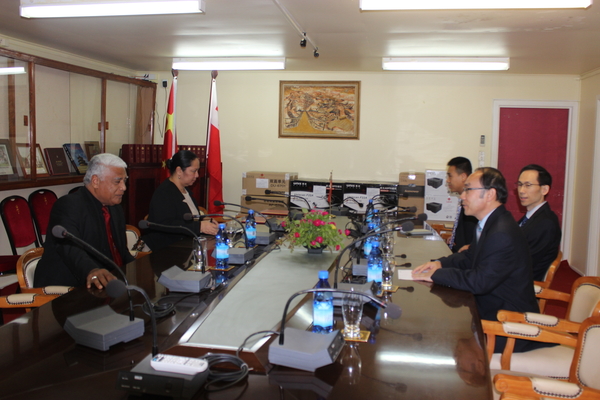 Lord Speaker Tu’ivakano expressed his sincere appreciation for the generous contribution and hoping for more assistance from China in the future.

The Speaker also proposed to the ambassador for China’s assistance on building a new Parliament House since it is the focal point of law and decision making.

In response HE Baodong revealed China is studying the Legislative Assembly of Tonga’s request.

On trade issues, Tu’ivakano also mentions that Tonga looks forward to trade with China in the agricultural and fishery sectors which generates major revenue to our economy.

The Tongan Parliament had in the past years received similar contribution from China. 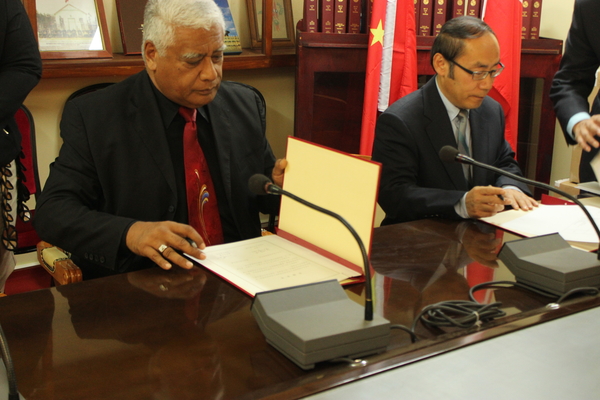