Lord Fohe sworn in as the new Minister of Agriculture, Food and Forestry. 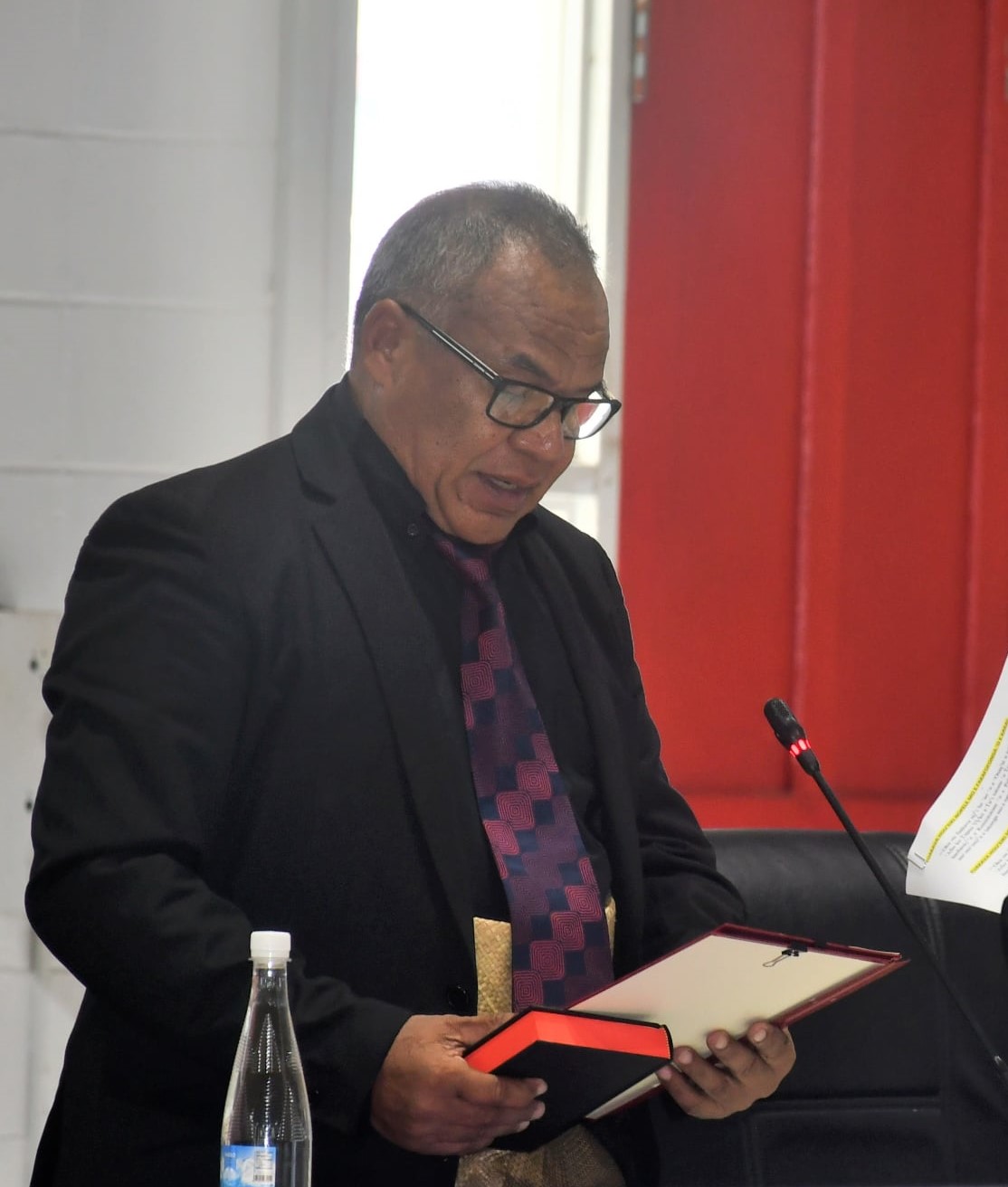 TONGATAPU 3 Noble's Representative, Lord Fohe has been sworn in as the newly appointed Minister of Agriculture, Food and Forestry (MAFF) in Parliament this afternoon, August 1, 2022.

Lord Fohe's letter of appointment from His Majesty King Tupou VI was read in the Chamber and his appointment came into effect on July 29.

The 59-year-old Noble estate holder of Puke pledges to obey and uphold the Constitution of Tonga for the best interest of the King and country.

MPs wished the newly appointed Cabinet Minister the best of luck in his appointment.