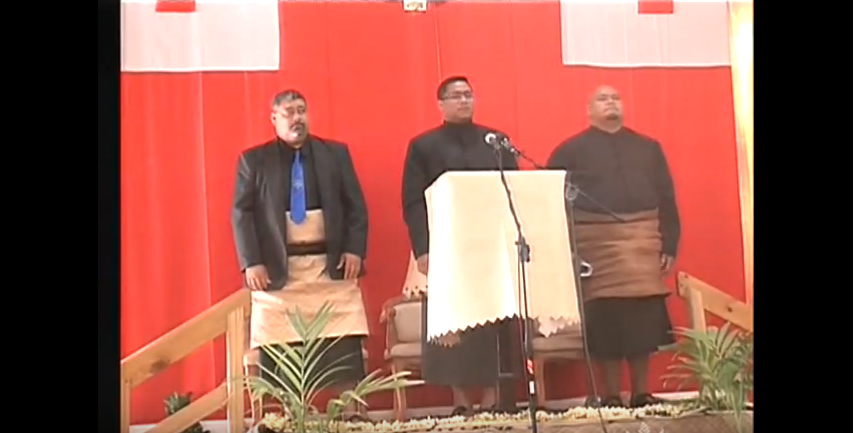 THE soft opening ceremony of the Legislative Assembly today was officially opened by three Nobles of the Realm.

They were His Serene Highness (HSH) Tu’ipelehake, Lord Fakatulolo and Lord Luani.

In a message from his Majesty King Tupou VI, read by HSH Tu’ipelehake, he thanked the Almighty God for his guidance and protection upon each and everyone today.

The speech from the throne acknowledged that everything is stable in Tonga as well as the Legislative Assembly of Tonga.

The King also noted it is important to take note that past development projects in the economic and social sectors is ongoing.

This includes the construction of a new domestic wharf that is soon to be completed. It will be called the Taufa’ahau Tupou IV’s Domestic Terminal.

The message from the throne also acknowledged the continued support from donor countries of the People’s Republic of China, Japan, Australia and New Zealand.

HSH Tu’ipelehake also conveyed the King’s best wishes to the MPs and hopeful for a future closer collaboration among themselves. That is to execute their parliamentary duties according to the Law and the Constitution for the stability of the nation.