Sunday law needs to be enforced 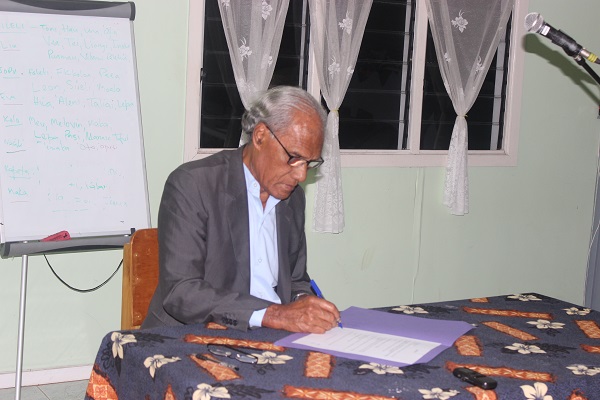 A call has been made to maintain the Sabbath Law and prohibit trade activities on Sunday.

The plea was made during a recent constituency visit meeting of Tongatapu 1 MP with his electorate at Halaano.

A female resident of Hala’ovave told the meeting Sunday is the only day where individuals can rest and attend church services.

“Six days a week is assigned for household chores. Sunday is the only day assign for a family time where individuals can reconnect with their living God.

We should observe Sabbath as holy and a big “no no” to proposals for trade activities to be carried out on Sunday like the opening of restaurants and shops,” maintained the concerned Kolomotu’a resident.

The gathering also supported the Government’s proposal to amend the law to prohibit selling of bread of Sundays.

Tongatapu 1 MP, ‘Akilisi Pohiva who is also the Hon. Prime Minister said if that’s the case, then public will then be advised to buy  plentiful food supply on Saturday. He added such move also encourages local consumption of our traditional food like cassava.

Meanwhile a call was made for Government action to stop the cleaning campaign carried out on Sunday. The plea was directly made to Tongatapu 7 MP meeting at Tofoa and Tongatapu 2 MP electoral meeting at Kolofo’ou last night.

The concern was with regard to picking up rubbish on Sunday a direction issued by one Cabinet Minister. In response, the Justice Minister Hon. Vuna Fa’otusia said it was carried out to clean the broken glasses from drinking in the public places.