Petition for preservation of traditional sites at Patangata 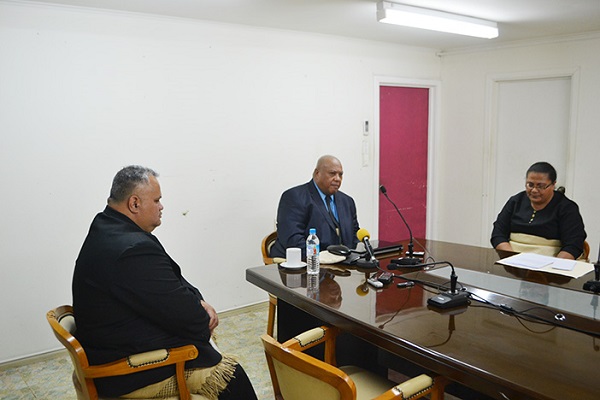 A petition was submitted to Parliament yesterday calling on the preservation of Tonga’s cultural heritage site of Sia Heu Lupe and related mounds at Patangata.

This came after Government recently announced land allocations at the area.

Five petitioners led by the Director of the University of the South Pacific (USP) Dr. ‘Ana Koloto handed the petition to the Acting Clerk of Parliament Dr. Sione Vikilani.

It was endorsed by Tongatapu number one Noble Representative Lord Vaea.

The petition is a call from more than 700 petitioners to preserve and restore Tonga’s cultural heritage site of Sia Heu Lupe together with Tu’i Tonga’s sacred origins at Patangata and Popua.

Lord Vaea said the plea is for Government to stop allocating lands at Patangata for human occupation.

Vaea said the site was named by late Fakafanua as Bay of Manumataongo with the engineering work carried out by engineers with no PhDs in the 13th Century.

“It was evident from the landscaping of Sia Heu Lupe and the tomb of ‘Aho’eitu of how strong people in the ancient time especially with the highest level of pre-modern era engineering work carried out around 1200,” said Lord Vaea.

He believed our culture and tradition from the past, is our present and our future. For this reason, he called for the preservation of these sites.

Dr. Wendy Pond who conducted a survey on the site in 2011 said they believe the area surveyed includes a complex ancient monuments, Sia Heu Lupe built around 1400.

Pond said there was a mala’e at Patangata where the Tu’i Tonga Pau received Captain Cook in 1777 and also a site of the Tu’i Tonga’s mala’e that needs preserved.

“We discovered the sacred mounts to be disappearing due to human occupation of the area. For this reason I would suggest preservation of these sites to provide a point of entry for visitors at the sia complex with reconstructed ramps and connected walkways,” pleaded Dr. Pond.

Pasemata Vi supported the petition to preserve our inheritance and tradition for it tells Tonga’s history.

“This is what we call our home and it’s important to preserve and protect our history and traditions,” said Johansson.

Maopa Kupu, a petitioner was also supportive for the preservation of our culture and tradition.

Tevita Tu’ipulotu a former town officer of Tofoa said he took part in the 2011 survey and he witnessed some dismantled sia heu lupe mounts due to building of new housing developments. He urged Parliament to find ways to protect and preserve these sites for our future generation.

Dr. Koloto also reminded Government of their work motto “God Tonga is our heritance” and have a national obligation to preserve our culture and tradition.

“There is symphathy towards the occupants of Patangata but relocating them to a better place is the option. Allocating 20 poles of land to them is small. Therefore on behalf of over 700 petitioners, I call on the Hon. Prime Minister ‘Akilisi Pohiva and the Hon. Minister of Lands – to preserve Tonga’s cultural landscaping of Patangata without human occupation,” said Dr. Koloto.

Petitioners include local academic scholars and researchers from overseas. 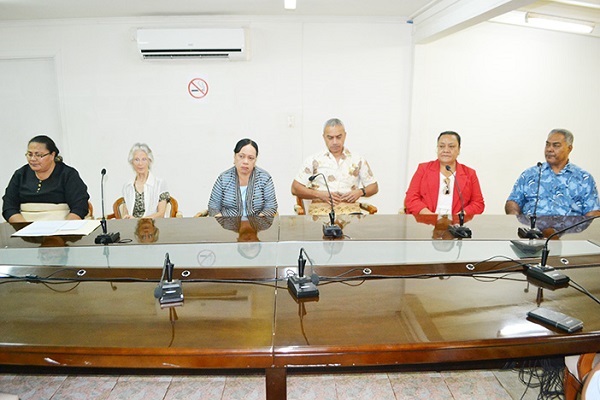