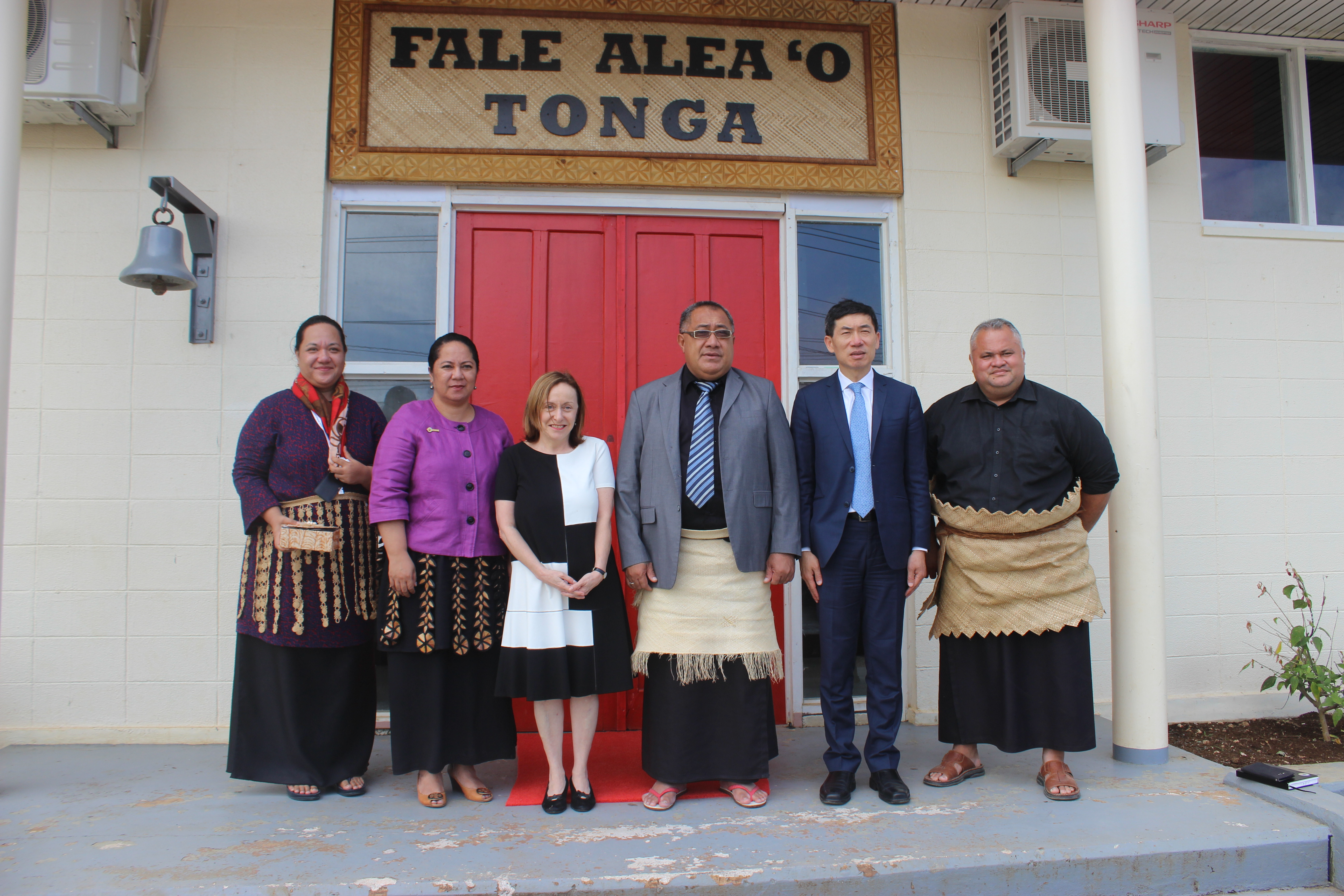 THE Assistant Secretary General and Director of UNDP Regional Bureau for Asia Pacific, Mr. Haoliang Xu this morning called on the Acting Speaker of the Legislative Assembly of Tonga.

It was a courtesy and brief meeting with Lord Tu’ilakepa and the Clerk of Parliament Gloria Pole’o at the old Parliament’s complex and also at the temporary parliament site.

During his talks with Mr. Xu, the Acting Speaker of Parliament acknowledged the continued support that UNDP provided which both benefitted the parliamentarians and the people in general.

He said through networking and knowledge sharing on climate change workshops legislators managed to build a closer working partnership with the Parliament of Fiji. Such trainings provide a way forward for a resilient Tonga in the aftermath of natural disaster.

This includes strengthening their oversight capacity to ensure construction is in compliance with the building code, promotion of healthy living to curb the spreading of diseases and preparing Tonga for any future disaster.

He said challenges to good governance is a common problem faced by many countries including Tonga. He added that Tonga especially the Legislative Assembly have noted the importance of good governance and MPs have participated in workshops on anti-corruption.

In response Mr. Xu was also impressed with Tonga’s response in the recovery process following the TC Gita.

He also noted the UNDP’s office in Fiji was instrumental in providing immediate support thus making the Legislative Assembly a resilient Parliament in the aftermath of the disaster.

Mr. Xu is hoping and looking forward to continue collaboration with New Zealand and Australia for immediate support for the Tongan Parliament.

He also expressed UNDP’s willingness to continue providing support and to also foster a closer working relationship with the Legislative Assembly.

Meanwhile the Clerk of Parliament Gloria Pole’o said in moving forward capacity building of the secretariat and also the MPs is the Parliament’s primary focus. The priority areas include the  Sustainable Development Goals (SDG), good governance and climate change among others.

This is part of Mr. Yu’s four day visit programme to Nuku’alofa where he met with the Chinese Ambassador to Tonga, and some government officials.