China commits to strengthen the works of Parliament 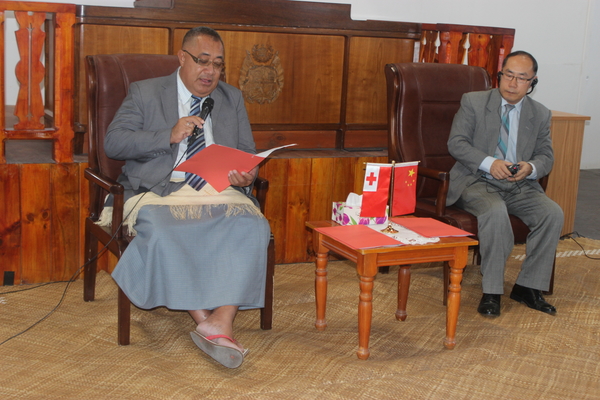 The Chinese Ambassador to Tonga His Excellency Wang Baodong this morning presented a cheque of over TOP$200,000.00 to the Legislative Assembly of Tonga.

It was to fund the much needed IT and computer equipment worth TOP$274,000 for the smooth operation of the Parliament’s work following the Gita devastation earlier this year. 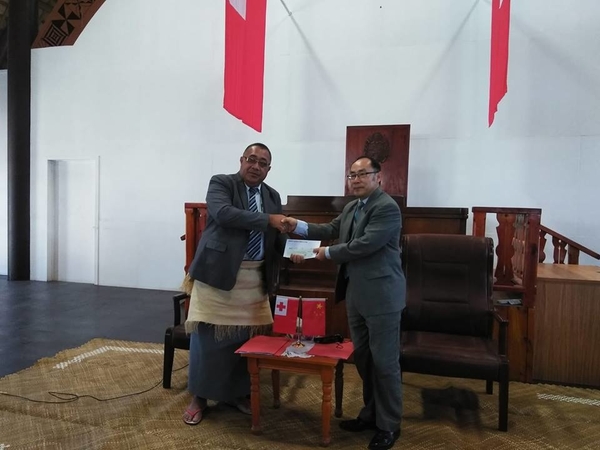 During the cheque presentation handover H.E. Baodong acknowledged it was very hard to secure funding from Beijing for such contribution. However it was fortunate to secure the funding prior to the opening of Parliament next week. 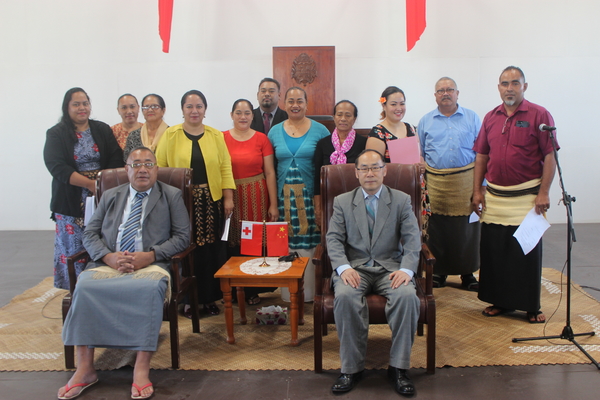 He expressed his people and the Chinese government’s sympathy towards the people of Tonga in the aftermath of Gita devastation.

“It was a tragedy for Tonga to suffer from the natural disaster but at the same time it was an opportunity for the two countries to collaborate on addressing the devastation left by the disaster,” said His Excellency.

The Chinese Ambassador also noted that the two countries have held a long standing working relationship.

“The diplomatic ties between China and Tonga remains strong and will continue to prosper,” adds H.E Baodong.

As a recipient of Beijing’s contribution, the Acting Speaker of the Legislative Assembly, Lord Tu’ilakepa said it was most fortunate for the Tonga Parliament to receive such donation.

He said Parliament had in the past continue to receive assistance from the People’s Republic of China especially the IT and computer hardware.

It was noted that H.E Baodong visited Parliament after the cyclone to see what his government can offer to assist the Legislative Assembly with. He said with such contribution this will further promote legislative strengthening.

The Acting Speaker also mentioned that China’s donation continues to strengthen the close working relationship between our two countries.

It is not the first time Beijing has lent a helping hand to the Tongan Parliament in times of need.